Serving families since the early 1980s, St. Jacobs Midwives is one of the longest-established practices in Ontario.

We were officially established in 1994, the year that Ontario became the first province in Canada to recognize midwifery as a regulated health profession.

The History of St. Jacobs Midwives 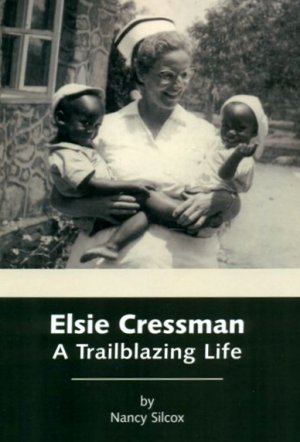 Published in 2012, proceeds from the sale of this book go to the Mennonite Central Committee.

Elsie Cressman is often referred to as the pioneer of midwifery in Ontario. Born in New Hamburg, Ontario in 1923, Elsie became a Registered Nurse before setting sail for a term as a medical missionary in Africa. She had intended to stay for two years, but this turned into over 20 years.

In 1970, Elsie travelled to England to complete her midwifery training at Mother’s Hospital in London. She returned to Africa and delivered thousands of babies before returning to Canada in 1976.

In the early 1980s, people began seeking Elsie’s care and assistance at their home births. During this time, midwifery had no legal status in Ontario. People had to find their own midwife, check their credentials, and pay for services. Midwives did not yet have hospital privileges, so home birth was the only option for those seeking midwifery care prior to 1994.

During this same time, Director of Nursing at Conestoga College, Patricia Legault, became acquainted with Elsie. Pat had a strong interest in promoting family-centred maternity care and believed strongly in access to midwifery care for all. 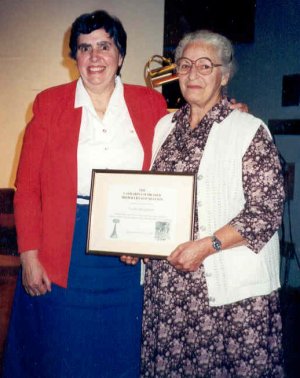 Elsie Cressman and Patricia Legault. 1994, with Elsie’s Order of Ontario.

In 1983, Pat and Elsie convened a meeting of persons interested in establishing a community-based board to promote access to midwifery services, a free-standing birthing home, and the recognition of midwifery as a regulated health profession in Ontario.

The first midwifery clinic officially opened in St. Jacobs in 1983. A few midwives offered prenatal visits at this clinic on a drop-in basis on Thursday afternoons. The board and volunteers ran annual bake sales and spring teas and raffles to help support the centre. A quarterly newsletter was published, a lending library was established, prenatal classes were offered, and demand for services increased. 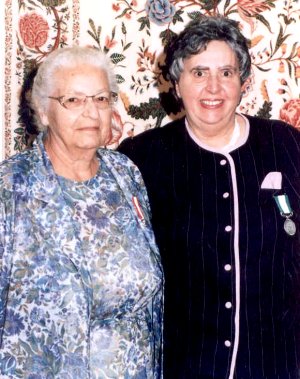 On January 1, 1994, Ontario became the first province in Canada to pass legislation recognizing midwifery as part of the Regulated Health Professions Act. The College of Midwives was established as the governing body, setting the rules and regulations for Ontario Midwives. Legislation also brought funding so that midwifery services were covered under Ontario’s health-care system, as well as the right for midwives to obtain hospital privileges. Three universities would offer a 4-year Bachelor of Sciences degree in Midwifery.

For their contribution to the establishment of midwifery in Ontario, both Elsie and Pat were recognized with awards: 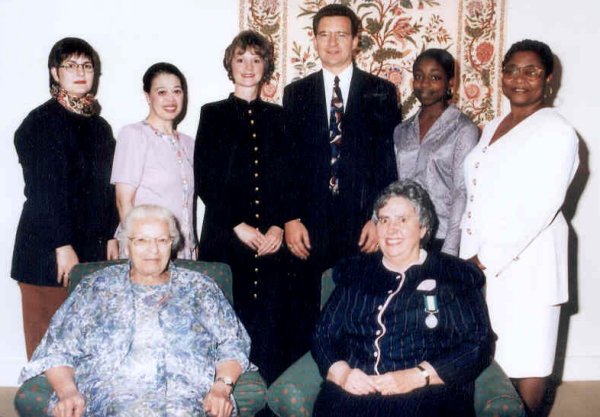 In March, 1993, the government announced a call for proposals for free-standing birthing centres. The St. Jacobs Family Birthing Home board immediately responded. Pat Legault and board member, Denise Squire, spear-headed the proposal writing.

In less than three months, the proposal was completed and submitted to the Ministry of Health. A total of twelve proposals had been submitted from all areas of the province.

After almost ten months of waiting, the announcement was finally made: St. Jacobs Family Birthing Home was selected as one of three pilot free-standing birthing centres to receive funding from the province.

Plans immediately got underway, including purchasing the land (location of our current site), hiring an architect to draft the plans, and hiring an executive director. It was a devastating blow one year later when the government changed and cancelled funding for free-standing birthing centres in the province.

After having worked tirelessly for over 20 years, the St. Jacobs Family Birthing Centre Board finally dissolved. Their work was not in vain; midwifery had become legislated as a Regulated Health Profession, people had access to free midwifery care with the option of delivering with a midwife at home or in hospital, and the profession was thriving.